Regroup and recoup: Perikatan volunteers checking the results of the polls in Banda Hilir. — Bernama

MELAKA: Perikatan National says winning two seats in Melaka was akin to making an “inroad” in the state.

Its chairman Tan Sri Muhyiddin Yassin said although the coalition’s performance was nowhere near being able to form its own state government, he was thankful for the wins in the Sungai Udang and Bemban seats.

“Perikatan has made an inroad in Melaka. There is a wind of change but it is not enough for us to form our own state government,” he told a late press conference yesterday.

Perikatan had contested in all 28 state seats that were up for grabs.

“I hope the incoming Barisan government will fulfill all its promises to Melaka folk as listed in its manifesto,” he said.

He said Perikatan would conduct an indepth study on the outcome of the polls as it was the first time the coalition was contesting under an alliance with PAS and Gerakan.

“We will study the results to see whether it had anything to do with the low voter turnout or because of our machinery or other issues.

“These will definitely serve as lessons for us to take our next course of action in facing the next general election,” he said.

Muhyiddin, who is the Parti Pribumi Bersatu Malaysia (Bersatu) president, said Perikatan was prepared to face any future state elections or the general election in the near future.

“We will always give our best services and fight any form of abuse of power and corruption.

“This is a form of jihad (struggle) to me and I hope voters will evaluate what we have shown in the Melaka state polls,” he said.

Asked about any possible tie-up with Barisan, Muhyiddin said cooperation had been formed at the federal level prior to the Melaka state polls with the intention of providing continuity in Malaysia and to not disrupt assistance to the rakyat during the Covid-19 pandemic period.

“We will give that our priority but our experience in Melaka will be considered in terms of our position in the future,” he said.

On the calls made by Umno leader Datuk Lokman Noor Adam for Bersatu to dissolve and rejoin Umno, Muhyiddin thanked the latter for the advice.

“However, I am sorry we have moved far away. Our principles, not only Bersatu’s but also Perikatan’s, are to support a better government based on the principles of transparency, integrity and anti-corruption.

“That is the basis of our struggle. So should I abandon all these principles just to rejoin my old party?

“The answer is no. We will stay consistent and work together and stronger, so we can be a main challenger against Barisan; the people will have another option that offers them better choices.

“The formation of Bersatu and Perikatan is a healthy political development under our parliamentary democracy system,” he said. 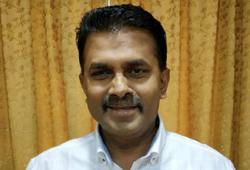