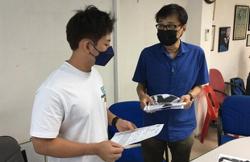 JOHOR BARU: The best way to deal with loan sharks is to remain calm and not antagonise them, says the Johor Baru MCA.

Its public complaints bureau chief Michael Tay said based on his long experience in dealing with the problem, this approach was effective in helping the police and the victim.

“To be a good middleman, this is the best approach. The syndicate’s main purpose is to get money. I have been dealing with loan shark reports for about a decade and being threatened is part of the job.

“Saying things like ‘I am not afraid of threats’ is not wise,” he told reporters at his office here yesterday.

“We hope to continue working well with the police,” he added.

Tay, who is also the Johor MCA government affairs coordinating chairman, said he received between four and five loan shark cases each month since the first movement control order was imposed in March 2020, adding that most of the victims were in their 30s.

He also revealed that a 25-year-old man had come to seek help to clear his name after his salon in Taman Bukit Indah was splashed with red paint.

The victim, who only wanted to be identified as ‘KC’, got a letter accusing him of borrowing RM80,000 from loan sharks.

KC said the incident occurred on Nov 17 at about 9.30am, with posters of his picture strewn all over the place.

“There were threats written on the posters along with a fake phone number,” he said, adding that he lodged a police report.

“I only want to clear my name as I have never borrowed money from loan sharks.”

He said he was worried about the safety of his customers too.