KUALA LUMPUR: A man whose identity was stolen by scammers to trick victims, has lodged a police report to clear his name.

According to a statement issued by Chong yesterday, Lee’s identity card and photo were misused by moneylenders.

“He said that he had once applied for a loan online, but cancelled his application as he was worried that it was a scam.

“Lee has been working in Singapore since April this year and had been informed that his photo was highlighted during a previous press conference regarding scammers.

“He lodged a report with Singaporean police on Oct 8 and his family here have notified local police regarding the report,” Chong said.

Chong added that a police report was also lodged by Lee in June 2020 after he was worried the documents that he had submitted for the supposed loan would be misused.

On Oct 7, Chong highlighted a fake money loan scam that used the Wisma MCA address to convince victims of its “legitimacy”.

Two victims then told the media that they had lost RM3,400 and RM39,694 respectively after falling for the scam.

Wisma MCA management has since clarified that no such operation existed within its premises. 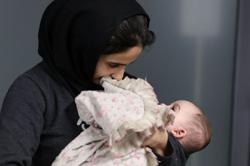