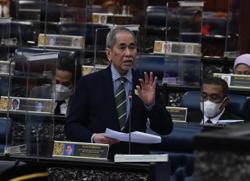 KOTA KINABALU: Parti Warisan Sabah is disappointed over the government's decision to defer the tabling of the Bill to amend the Federal Constitution, to be in line with the relevant provisions of the Malaysia Agreement 1963 (MA63).

The Opposition party president Datuk Seri Mohd Shafie Apdal said that putting the Bill on hold was a big letdown.

"This is especially for people in Sabah and Sarawak, who had been anticipating its second tabling, after it failed to get the two-thirds majority support in Parliament in 2019 to amend Clause 2, Article 1 of the Constitution," he said in a statement on Friday (Oct 22).

According to Shafie, the Bill was not included in the list of order papers for the Parliament meeting slated to sit from Oct 25 to Dec 16.

Minister in the Prime Minister’s Department (Parliament and Law) Datuk Seri Dr Wan Junaidi Tuanku Jaafar had said it was expected to be tabled in Parliament by the end of this month.

"This matter (amendment) had already been meticulously studied and despite having been discussed during the premiership of the last four Prime Ministers of Malaysia, it still remained unresolved.

"The party, nevertheless, commended Wan Junaidi for his commitment and efforts in pursuing the issue.

"He worked hard to make sure everything was in order for tabling in Parliament, but unfortunately the Cabinet has suddenly decided to seek more explanation from the Attorney General," added Shafie.

He reminded that it was important to support the MA63 because it is well within the interests of the people and country. 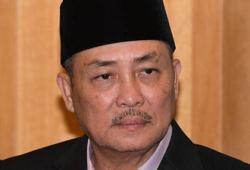