KUANTAN: A group managing director of a well-known chain of Chinese restaurants has been fined for not reporting sums of money he accepted as gifts from contractors.

Singapore national Cheung Wing Shing, 60, was fined a total of RM145,000 after he pleaded guilty to two alternative charges in the Sessions Court here Monday (Oct 18).

According to the facts of the case, Cheung served under contract from 2011 to 2017 as managing director of Glamour Mission Sdn Bhd.

Among his duties were to appoint contractors and approve payments for the renovation of Grand Imperial Restaurant outlets operated by Glamour Mission.

On July 23, 2019, Cheung asked for RM26,850 from Ultimate Circle Sdn Bhd managing director Kok Yeng Teck and the transaction was carried out online into a bank account owned by Double Win International.

The payments were made following the appointment of both companies by Cheung as the contractors for the renovation of Grand Imperial Restaurant.

Cheung had failed to report the monetary gifts to the Malaysian Anti-Corruption Commission (MACC) or the police.

MACC Deputy Public Prosecutor Wan Shaharuddin Wan Ladin asked for a maximum fine of RM100,000 for the charge with the RM26,850 amount. 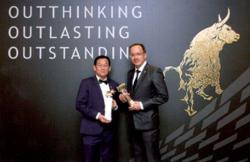 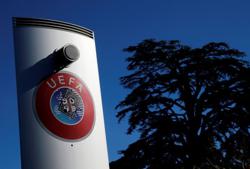