PUTRAJAYA: Malaysia is confident of surpassing its target of up to RM10bil in business leads at Expo 2020 Dubai, with RM7.2bil already secured so far, says Datuk Seri Ismail Sabri Yaakob.

The Prime Minister said this figure in potential trade and investments garnered during the first two weeks of the expo were from 14 Memoranda of Understanding (MOUs), three Letters of Intent (LOIs) and two Memoranda of Cooperation (MOCs).

“This positive outcome came in the first two weeks of Malaysia’s participation at the expo as the country begins its economic recovery efforts post Covid-19.

“Malaysia is confident of surpassing its total target of between RM8bil and RM10bil in trade business leads at the six-month-long expo,” he said in a statement yesterday.

He said the MOUs covered, among others, blockchain and the Internet of Things technology, entrepreneurship within technology-intensive sectors; and advisory services, technology transfer and training in unmanned aerial vehicle solutions, thermal and ultrasound technology, and herbal extraction technologies.

The foreign companies are based in China, Egypt, India, Iran, Oman, Qatar, the United Kingdom, United Arab Emirates and the United States.

“The momentum is expected to be maintained for the next 25 weeks, anchored by various ministries and agencies, including state governments,” said Ismail Sabri.

The Malaysia Pavilion at Expo 2020 Dubai, designed as a rainforest canopy and themed ‘Energising Sustainability’, recorded about 50,000 visitors from Oct 1-14.

Cradle Fund group chief executive officer Rafiza Ghazali said she believed there was “more to come” for Malaysia at Expo 2020 Dubai, judging from the high interest it received so far.

She said the response for Malaysia had been overwhelmingly positive.

“For one, I believe that there is interest in Malaysia is because many see it as an epicentre or gateway to Asia where... businesses can penetrate countries such as Indonesia, Singapore, Vietnam and China.

“Aside from the RM7.2bil in business leads that have been signed via various MOUs, there are a lot more conversations that have started, which we hope will trickle to the actual inking of future collaborations and business,” she said when contacted.

Rafiza said that after “hibernating” due to Covid-19, the expo served as a golden opportunity to showcase Malaysia on the global stage.

Cradle Fund is the lead agency supporting the Science, Technology and Innovation Ministry (Mosti) for Week 2 of the expo and has showcased 17 local start-ups and tech firms.

Week 1 showcased high-technology areas, while for Week 3, the theme will be green technology innovation.

“Credit should go to Mosti and the Malaysian Green Technology and Climate Change Centre for their efforts in drawing international attention to what Malaysia has to offer,” said Rafiza.

For Hidrokinetik Technologies Sdn Bhd, a bumiputra company specialising in unmanned surface vessels, Expo 2021 Dubai has proven to be a fruitful outing indeed.

It successfully signed two MOCs and an LOI within days.

The MOCs were with a company from the United Arab Emirates and another from India, each of which will see Hidrokinetik securing business worth around RM41.5mil.

The LOI, signed with a UK company, is worth RM400mil.

Hidrokinetik technical director Mirza Hamza said that he was surprised at the response at the Malaysia Pavilion.

“While other pavilions showcased culture and tourism, many were surprised to see that ours (Malaysia) is promoting tech companies. We had a good crowd coming.

“It has been a fruitful business trip for the company where we were able to show the world the kind of technology that is being manufactured by Malaysian companies,” he added.

Mirza said a UAE-based company had shown interest in its products and within two days, an MOC was signed.

“We have companies from other countries indicating their interest and we hope there will be a similar outcome,” said the electrical engineer who specialises in signals and power systems. 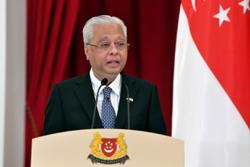