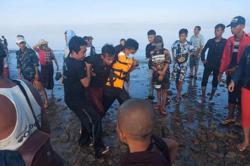 TUMPAT (Bernama): The Kelantan Fisheries Department has imposed an immediate ban on eating molluscs from Sungai Geting due to a suspected red tide or harmful algal bloom.

Its director, Nazri Ishak, said that the sale and harvest of molluscs such as oysters and clams are included in the ban.

"An analysis by the Fisheries Biosecurity Lab shows that molluscs from the area are contaminated with saxitoxin from harmful alga, Alexandrium minutum.

"If consumed, the contaminated molluscs can cause poisoning and pose a threat to human health," he said in a statement on Monday (Oct 11).

Nazri said red tides commonly occur in Sungai Geting due to hot weather and other factors.

He said that molluscs are filter feeders and if they filter matter like algae to a high level, eating them can cause food poisoning.

"We will do weekly testing until they are safe to eat. As a preventative measure, the harvesting of molluscs is prohibited until the investigation is over and safety is guaranteed," Nazri said.

He said that based on investigation, too, not all the molluscs sold by the road are from the contaminated area.

"The sellers said they don't source from Sungai Geting," he said, while adding that customers should ask about the origin of the molluscs to be safe. – Bernama 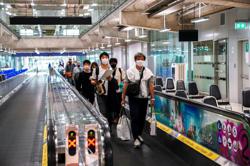 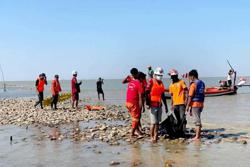