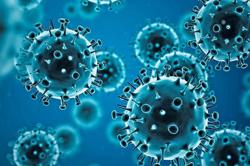 PETALING JAYA: Hospital bed occupancy and intensive care unit (ICU) rates are on a downward trend after peaking in August but the target is to get it below 50% and 70% for the healthcare system to be more comfortable, says the Health director-general.

Tan Sri Dr Noor Hisham Abdullah said the appropriate figure set at the national level was below 50% for non-ICU beds and below 70% for ICU beds.

“When the non-ICU and ICU beds level reaches over 50% and 70% respectively, the state is expected to be extra vigilant in its preparedness plan. However, for the National Recovery Plan, three important indicators are being used. They are the daily hospital admission for categories three, four and five patients per 100,000 population, ICU beds and the vaccination rate,” he said when contacted yesterday. 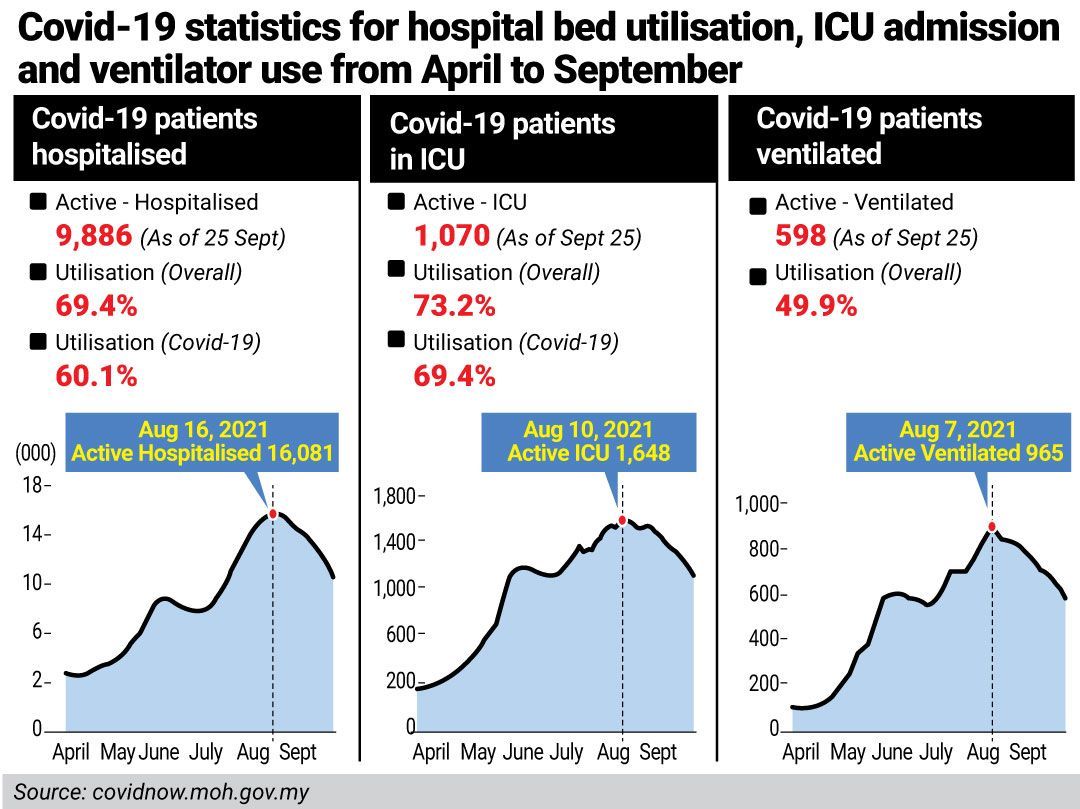 Dr Noor Hisham said the National Security Council (NSC) assessed each state based on these three indicators, including the latest trend, to decide on the transition between the various phases.

As of Saturday, the national rate for hospital bed utilisation stood at 69.4%, with Covid-19 cases taking up 60.1% of the usage with 9,886 patients hospitalised.

This is down from the 16,081 hospitalisations recorded on Aug 16, which was the highest number for hospital bed utilisation over six months from April to September.

The latest number of ICU patients (as of Saturday) has also dropped from the 1,648 active ICU cases recorded on Aug 10, which was the highest over the six-month period.

Only Negri Sembilan and Kuala Lumpur recorded a hospital bed usage of below 50% – at 45.9% and 41.9% respectively.

Labuan and Negri Sembilan had the lowest ICU rates, at 26.1% and 36.4% respectively.

So far, he said the steps taken by the authorities to ease the burden on the public healthcare system have been remarkable with private practitioners roped in to diagnose cases, help with follow-ups and give those under home quarantine their release orders.

“Categories one and two patients have been relieved from the public healthcare system – they just need to look after those in categories three, four and five which are those with serious symptoms.

“Another way to reduce the burden of frontliners is to increase the number of staff in hospitals and identify the problems healthcare workers are facing,” he added.

Dr Raj Kumar said his association embarked on a donation drive two months ago and collected RM1.5mil worth of medical equipment for the emergency departments and ICUs of several government hospitals to help the frontliners.

Malaysian Public Health Physicians’ Association president Datuk Dr Zainal Ariffin Omar also spoke on the need to look after non-Covid-19 patients, saying a portion of the hospital beds should be reserved for them.

On Sept 15, Khairy said 14% of frontliners suffered from severe mental disorders, according to a study by the Institute for Health Behavioural Research in 2020.

He said a lack of childcare support at home while the frontliners were on duty were among the factors that contributed to this issue. 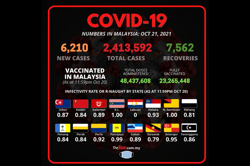 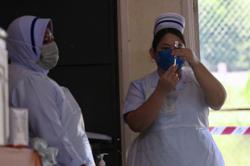