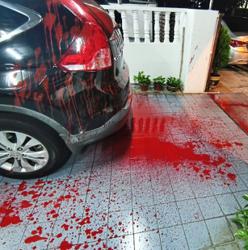 Chua said an unknown man called his 58-year-old father at noon on Tuesday (Sept 21) and made the threat.

“The man told my father that I should stop minding other people’s business or risk our house getting burnt down," said Chua.

He said this happened after I helped a woman hold a press conference on Monday (Sept 20).

"(It was) to ask her father to return home and settle the debt that he has with a licensed money lending company, which has been harassing her family over the past 10 months,” he added at a press conference on Thursday (Sept 23).

He said that he has no idea who made the call but such threats would not stop him from continuing to help those in need.

Chua added that he handles many moneylending-related cases and the caller could be anybody.

“As someone who works in the frontline to handle public complaints and assist those in need of protection, my colleagues and I have come to expect such threats as it is part and parcel of our job.

“I only ask for the irresponsible parties not to harass our family members as they are innocent,” he said, adding that he made a police report at the Kulai police headquarters at 9am on Wednesday (Sept 22).

He added that his family was also worried about his safety. 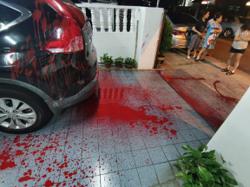