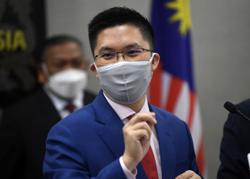 NILAI: The Customs Department has seized 28kg of methamphetamine worth some RM1mil and arrested five suspects, including a pair of twins, believed to be runners for a drug syndicate.

Customs director-general Datuk Seri Abdul Latif Abdul Kadir said his officers made a breakthrough in the case when they arrested an Indonesian man in Puchong, Selangor, at around 6pm on Sept 13.

"My staff saw two men behaving suspiciously in a car at a parking lot and asked them to stop but they refused.

"They crashed into a Customs vehicle in their bid to escape and my officers gave chase," he told reporters at the Customs (Narcotics) headquarters here on Thursday (Sept 23).

After a short distance, both suspects got out of their vehicle and ran into a residential-cum-commercial area.

Customs personnel managed to apprehend a suspect, an Indonesian, inside a shop at Pusat Bandar Puchong a short while later.

"We checked their car and found the drugs stashed in two backpacks in the boot.

"The drugs were sealed in packs of Chinese tea," he said, adding that preliminary checks showed that the car had been reported stolen.

Abdul Latif said Customs subsequently detained four other suspects, including the one who escaped earlier, in follow-up raids.

All five suspects, aged 27 to 31, tested positive for drugs.

Abdul Latif said it was believed the drugs were meant to be smuggled into Indonesia by sea.

The case is being probed under Section 39B(1)(a) of the Dangerous Drugs Act 1952, which carries the death penalty upon conviction.

He appealed to the public to continue assisting the department in its bid to combat smuggling and other illegal activities.

He said anyone with information can call the Customs toll-free line at 1-800-88-8855 or any of its state offices. 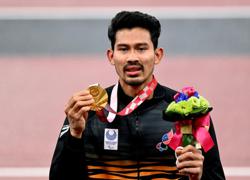