KOTA TINGGI: A Caribbean-registered tanker suspected of illegal anchoring has been seized by the Malaysian Maritime Enforcement Agency (MMEA) here.

"The ship was crewed by seven men from Indonesia and Myanmar who are aged between 22 and 59. They were able to show valid identification documents when checked.

"They anchored in Johor waters without permission from the Malaysian maritime director," he said in a statement on Wednesday (Sept 22).

He said the crew had been brought to the office of the Tanjung Sedili maritime zone for further investigations under Section 491B(1)(l) of the Merchant Shipping Ordinance 1952 for illegal anchoring.

If convicted, a maximum fine of RM100,000 or up to two years’ jail or both will be imposed.

First Admiral Nurul Hizam said there has been a significant drop in illegal anchoring cases since MMEA fortified its enforcement efforts under Ops Jangkar Haram.

"We will keep up with the efforts to ensure that our safety and security will be protected,” he added. 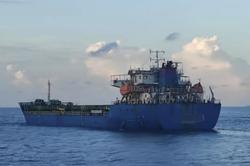 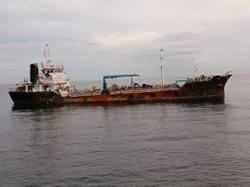