From engineer to dairy farmer in quest to follow passion KOTA TINGGI: Earning a five-figure income as a process engineer in Singapore was not what P. Mahendran saw as his pinnacle of success.

Instead, after 20 years abroad, he had a change of heart and decided to return home as his yearning to dabble in his passion – dairy farming – was unfulfilled.

The 43-year-old, who has a diploma in electromechanical engineering, spent a whole year studying the know-how of cow rearing and looking for the ideal land to start his dairy farm.

Two and a half years ago, he finally managed to secure a 6.8ha piece of land here and invested his hard-earned savings and that of his brothers-in-law, totalling more than RM350,000.

Mahendran said he had always wanted a farm to call his own and ventured out to Singapore to earn enough money to save for one.

“My plan was to work for about five years in the island republic and return but it stretched to 20 years due to my personal commitments,” he said, adding that he took over the farm with about 30 herd of cattle in 2018.

Mahendran, a strict vegetarian, said his first move was to sell off 15 of the 30 beef cattle, which he then slowly replaced with milk-producing cows.

“I do not want any of my cattle to be slaughtered.

“Even if they are ill, I will just allow them to die on their own and bury them instead of sending them to the slaughter house,” he said.

At present, he has 37 cattle that produce about 80 litres of milk per day.

He said dairy farming was no easy feat as much effort was needed to ensure the cattle were well-fed and free of diseases to ensure high quality milk.

“For the first year, I had no income despite working 16 hours a day in my farm.

“However, I was fortunate that I got some guidance from veterinarian Dr Vijaya Jayam who provided advice on how to care for my cattle and the right method of running a dairy farm.

“I want to produce good quality milk for my customers.

“So, I do not sell milk from dairy cows that are undergoing treatment or that are on antibiotics,” he said, adding that initially, his family including his mother, were not in on the idea. But they decided to support his efforts seeing he was adamant on venturing into farming.

Mahendran said he also rented a plot of land nearby to plant cow grass. The cows graze in the fields and need more than one tonne of grass each day.

He said like most beginners, he too faced a lot of issues including losses due to floods, poor basic facilities, cattle health issues and worker problems.

Despite these challenges, however, he is now on the right track and hoped to expand his farm so that his cattle can produce 500 litres of milk daily.

Asked if he has received any aid from the government such as soft loans or grants, Mahendran said he received two Australian cows through the Malaysian Indian Transformation Unit (Mitra) recently.

He has been part of the team to share his farming experience, and the dos and don’ts of dairy farming, in a recent Mitra training programme for new and young farmers.

Pressing problems that should be addressed promptly, he said, included issues such as worker shortage.

He has urged the government to look at ways to allow the hiring of foreigners to help in the agriculture sector.

“Locals are not interested in working at farms as I have put advertisements online offering up to RM1,800 per month but no one came despite the present Covid-19 pandemic,” he said.

Mahendran said he also welcomed private investors to take up a stake in his dairy farm as part of his expansion plans. 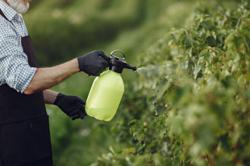