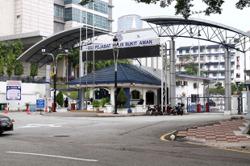 He said that at around 1.10am on Saturday (Sept 4), the police arrested a 39-year-old woman to assist with investigations and added that six reports have been lodged at five separate police stations.

"The suspect had previously lodged her own police report stating that there were no such groups practising deviant teachings and she has refuted all claims including that the teachings could disrupt national security," he said in a statement on Saturday.

The leader, a woman who goes by the name "Sittah Annur", had claimed in a video which has gone viral that the Third World War would be sparked from Sabah before spreading to other states and that their members would consist of trained former and present uniformed men and women.

"A remand order has been granted by the Kuala Lumpur Magistrate’s Court until Sept 7. The public are advised to not speculate on the case," he said.

Previously, Inspector-General of Police Datuk Seri Acryl Sani Abdullah Sani said that members of the cult would be hauled up by the police.

“There have always been these types of threats, but police were able to manage and contain the spread of their activities and ideologies,” he said after a handing over ceremony for the Police Commissioner of Sabah duties on Thursday (Sept 2). 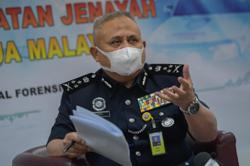