“The late Hussein became prime minister on Jan 15, 1976, and brought the motion of confidence on Jan 27. About 14 days. The period is just two weeks.

“This is the level of integrity and adherence to parliamentary democracy of Umno’s foremost leader,” he said in a Facebook post on Thursday (Aug 5).

Shahrir added that from February last year until September this year, Muhyiddin had only been depending on statutory declarations (SDs) to cling on to power.

Shahrir said even though Abdullah tabled the motion seven months after being appointed as the prime minister, it was still not as long as Muhyiddin’s.

On Wednesday (Aug 4), Muhyiddin said there was no need for him to resign as he has the support from the majority of the MPs, and would prove it in the next Parliament meeting in September. 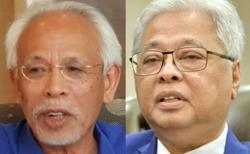