Patrons and staff of a pub in Kota Kinabalu compounded.

KOTA KINABALU: A pub in the city which was blasting music and serving alcohol has been ordered to close, while its operator and patrons were issued with compound notices for flouting the SOPs of the movement control order on Tuesday (July 27).

“The patrons were fined for not complying with SOPs such as physical distancing, while the operators and premises manager were fined for other offences such as misusing business licenses and conducting prohibited activities under the MCO and other regulations,” he said.

ACP Zaidi said the business license for the premises was "class two restaurant" for air-conditioned restaurants, but a different permit is needed to operate a bar and lounge.

He said when authorities arrived at the premises, loud music was playing inside while alcohol was being served to partying guests.

The customers, he said, were seated close to one another and did not follow the physical distancing rules set by the government for dining in. 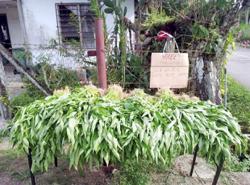