According to the Women, Family and Community Development Ministry, these families were from various states with a total of 3,391 household members.

“As at 5pm on Monday, a total of 1,017 beneficiaries with 3,391 household members have benefited from the Bakul Prihatin Negara aid programme initiated by the Prime Minister on July 15.

“The beneficiaries come from 48 districts in 11 states,” the ministry said in a statement yesterday.

The beneficiaries, it said, submitted their applications through channels activated by the ministry.

Under the initiative, about 420,000 aid baskets will be distributed to 1.68 million recipients affected by the pandemic.

Preparation of the baskets is managed by the Skuad Prihatin Negara (SPN) volunteer group, which is under the Social Welfare Department.

On Monday, SPN in Jempol, Negri Sembilan, and Kota Setar in Alor Setar reached out 70 families in the districts, with more aid to be distributed next.

Anyone needing the food basket assistance can contact Talian Kasih at 15999, WhatsApp at 019-261 5999 or the ministry’s official social media accounts or approach the nearest Welfare Department district office.

On July 16, Prime Minister Tan Sri Muhyiddin Yassin said that no one would be left behind in the government’s aid programmes to help people whose livelihoods had been affected by the Covid-19 pandemic.

He said the ministry had a record and the government would be able to find those who needed help, and offer assistance under Bakul Prihatin Negara.

The preparations involved an allocation of RM5mil from the Prime Minister’s Office, as well as contributions from corporate sponsors amounting to RM16mil. 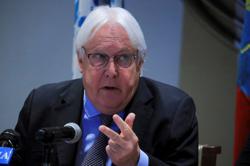