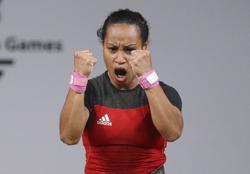 PASIR GUDANG: A total of 16 containers of dried coconut worth almost RM800,000 from Papua New Guinea have been seized at the Pasir Gudang port here.

Johor Malaysian Quarantine and Inspection Services Department (Maqis) director Hizzuan Hasim said the goods were detained at about 8am on Tuesday (June 22) during a routine check at the port.

"Maqis enforcement officers found that the reference number on its permit was not recorded on the phytosanitary certificate (plant health certificate) shown.

"The officers also found pests suspected to be 'necrobia rufipes' species on the dried coconut in question," he said in a statement here on Thursday (June 24).

He added that an estimated 225,000kg of dried coconut worth about RM778,500 was seized for further action.

"We have also taken statements from the transport agent in charge," he said, adding that the 24-year-old man was later released after having his statements recorded.

Hizzuan noted that the case is being investigated under Section 14 of the Malaysian Quarantine and Inspection Services Act 2011 (Act 728) for importing an agricultural product believed to have pests, diseases or contaminants.

The offence is punishable with a fine of not more than RM100,000, or a jail term of up to six years or both, upon conviction.

A repeat offender could face a fine of up to RM150,000, or a maximum of seven years' in jail or both.

Hizzuan also advised all importers and exporters to abide by the regulations set by the government to prevent the spread of diseases in animals and plants, as well as to safeguard food security.