KOTA KINABALU: A 49-year-old pedestrian was killed after he was hit by a car when crossing a road in Sandakan, Saturday (June 19).

The victim has been identified as Namilor Aminulah and he was killed at about 6.30pm along the Karamunting - Batu Sapi road.

Sandakan OCPD ACP Mohd Azhar Hamin said the initial investigation found that the 29-year-old driver of the vehicle could not avoid hitting the victim when he suddenly crossed the road.

“The driver said the victim had appeared out of nowhere and the next thing was him hitting the victim,” he said.

The case is being investigated under the Road Transport Act 1987. 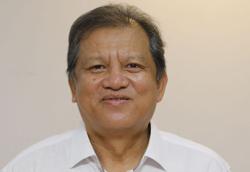