KAJANG: Police have extended the remand order on a cosmetics entrepreneur and his friend for alleged sexual grooming and obscene communication with minors.

The two men in their 20's, were initially remanded on Friday (June 11).

Kajang OCPD Asst Comm Mohd Zaid Hassan said the remand order on both men had been extended to Tuesday (June 15).

Police had arrested the owners of Instagram accounts, “safieyillias94” and “pipinatasha” on Friday for alleged sexual grooming and obscene communication with minors.

The act was believed to have occurred recently when both suspects held a live video session with two minors.

During the session, the two suspects were also seen smoking e-cigarettes.

The case was being investigated under Section 12(1)Sexual Offences Against Children Act and Section 233 of the Communication and Multimedia Act for child grooming and misuse of network or networking facilities. 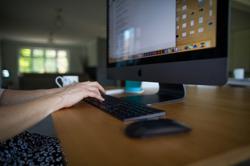 No Barisan MPs have signed SDs since 'Sheraton move', says Shahidan
Covid-19: 18.2% of cases in Sabah on Monday (Aug 2) are those who have been vaccinated
Covid-19: Cluster found for second time in Pasir Mas village in Kelantan
Melaka focussed on pressing state-level issues, says Idris Haron
Footage of Anwar and Dr M together gets tongues wagging
Covid-19 Watch: 8,000 Melaka retail sector workers to get jabs from mid-August
Negri cops warn of scam tactic via online job offers
Covid-19: Another grim record with 219 deaths on Monday (Aug 2)
Covid-19: Perlis, Sarawak and Labuan moving to Phase 3 of NRP
Covid-19: Sarawak records 411 cases on Monday (Aug 2), no casualties or new clusters