SEREMBAN (Bernama): The Negri Sembilan Department of Environment (DOE) has ordered a plastic factory in Senawang, here, to immediately carry out clean-up work following the chemical spill incident that caused odour pollution to residents in the surrounding area.

He said the factory was also ordered to immediately stop its processing activities until control and cleaning measures were done to overcome the problem.

“Samples of the chemical containing methyl methacrylate taken from the intermediate bulk container (IBC), as well as in the public drain outside the factory building will also be sent to the Department of Chemistry for an analysis.

“The department also conducted the air quality monitoring operation using the Cerexms Gas Analyzer yesterday from 8pm to midnight. The operation continues today and will be carried out until 8pm in the affected residential area at Lorong 7, Taman D’Latania, ” he said in a statement here Saturday (May 22).

Veerapan said the state DOE also recommended that the monitoring operation be conducted in residential areas located within a three-kilometre radius of the factory.

He said action under the Environmental Quality Act 1974 will be taken should any evidence of negligence is found.

It was reported that the Seremban fire station received information from the public about the unpleasant odour in the area at about 12.55pm yesterday.

Initial investigation found that there was a leak during the transfer of the acid from the large IBC tank and there was damage to the pump which resulted in it overflowing and entering the drain. - Bernama 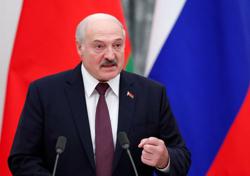