He said the IP had been referred to the prosecution, but returned to the police for further investigation, Bernama reported.

“There are some actions that need to be taken and we expect a decision on it to be made soon, ” he said at the wearing of rank for Sjn Mat Shah Kasim here yesterday.

An investigation was launched after photos and a video clip of the couple shopping at a carpet shop here went viral on social media recently.

The couple were called to the Nilai police station last Tuesday to give their statements.

Previously, both of them and their family members were issued with compounds amounting to RM60,000 for violating the Covid-19 SOP after the couple’s wedding event on March 27 revealed that guests were seated closely to one another without adhering to the physical distancing rule. Some were also seen without face masks.

The newlyweds were again criticised when they were accused of breaching movement restrictions for travelling to Langkawi while Kuala Lumpur and Selangor were under conditional movement control order.

He said the images and footage uploaded on the couple’s social media platforms appeared to show breaches of the SOP. 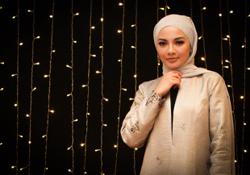