Its chief executive officer Datuk Jaseni Maidinsa said this was in line with a statement by the Environment and Water Ministry’s (Kasa’s) secretary-general Datuk Seri Dr Zaini Ujang last April 30 that the formation of MRBA would resolve the dispute between Kedah and Penang over the Sungai Muda water resources.

“Penang’s proposal is to protect the water catchment of the Northern Corridor Economic Region (NCER) while the MRBA is limited to only protecting the south Kedah river basin, ” he said in a statement yesterday.

Jaseni reiterated Penang’s suggestions that the ministry and the Federal Government should immediately ban all logging activities in Ulu Muda.

“Prevent any possible mining activities in Ulu Muda, especially the exploration of rare earth elements that pose a risk of soil and water pollution.

“Besides that, the ministry and the government should compensate Kedah with federal funds after 163,000ha of rainforest were gazetted, protected and categorised as water catchment forest that cannot be touched under the National Forestry Act 1984, ” he said.

“Penang supports federal compensation for Kedah if the state is fully committed to protecting and conserving Ulu Muda as the source of raw water for NCER.

“Penang and PBAPP are grateful that Kasa is seriously considering the formation of a river basin authority to manage Sungai Muda because the river is the only main source of raw water for Penang right now, ” he said. — Bernama 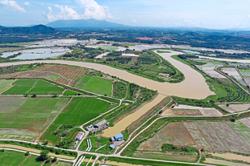 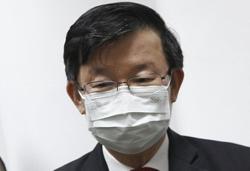