The frozen slipper lobsters that was confiscated by the Malaysian Quarantine and Inspection Services Department (Maqis) at the Port of Tanjung Pelepas, Iskandar Puteri, Johor.

ISKANDAR PUTERI: The Malaysian Quarantine and Inspection Services Department (Maqis) has seized about 70kg of frozen slipper lobsters worth RM8,400 at the Port of Tanjung Pelepas here.

Johor Maqis director Hizzuan Hashim said the lobsters were imported from Indonesia and were seized during a routine inspection at the port at about 3pm on Tuesday (April 20).

“The inspection was made on a frozen fish container and investigations revealed that the slipper lobsters were brought in without an import permit.

“All of the lobsters were then confiscated for investigations, ” he said in a statement here on Wednesday (April 21).

He added that the case is investigated under Section 11(1) of the Malaysia Quarantine and Inspection Services 2011 (Act 728) for importing agricultural products without valid documents.

He said that a person could be fined not more than RM100,000 or jailed for a period not exceeding six years, or both if convicted under the Act. 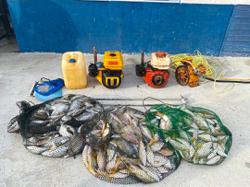 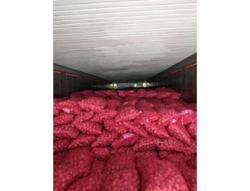