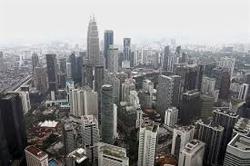 KOTA SAMARAHAN: The government is spending a lot of money to combat the Covid-19 pandemic because it is important to save lives and the national economy, says Prime Minister Tan Sri Muhyiddin Yassin.

He said the pandemic was very challenging because it posed a threat to people’s lives and battered the economy, forcing the government to spend huge amounts of money to buy medicine, ensure enough hospital beds and increase the number of doctors and nurses.

“We are doing this because saving every life matters. The government has already spent RM7bil to RM8bil to overcome the Covid-19 problem, and this figure does not include the purchase of vaccines, ” he said at a meet-the-people session at the Institute of Teachers Education Tun Abdul Razak Campus here yesterday.

He said the government had to act fast to book vaccines for the national immunisation programme because people’s lives were precious.

Muhyiddin expressed satisfaction with Sarawak’s vaccination programme and promised to ask the Health Ministry to send more Covid-19 vaccines to the state.

He said the country had remained peaceful and united despite grappling with the unprecedented challenges posed by the spread of the virus the past one year.

Muhyiddin said he had to deal with the pandemic the moment he took over the country’s administration after the previous prime minister, Tun Dr Mahathir Mohamad, resigned following a political crisis.

“A decision had to be taken to enforce the movement control order so that the people would remain safe in the face of the pandemic. Although its (MCO) impact was great, its aim was to protect the people, ” he added.

He said the government had to strike a balance between protecting lives and livelihoods, as the country suffered losses of RM2.4bil per day during the MCO period last year, which shuttered almost all sectors of the economy.

The government announced various aid packages worth RM300bil to help groups impacted by the pandemic, and the situation was recovering with almost all sectors of the economy already back in operation except for industries such as tourism, he added.

“We’re back in business and we can see the light at the end of the tunnel, ” said Muhyiddin, adding that the administration of the country must be strong and uninterrupted so that the government could give full focus on administering the country and the people effectively.

In this regard, he urged the people of Sarawak to continue their support for the current Federal Government, to enable it to continue helping the state to achieve its vision of becoming a developed state by 2030.

Touching on his latest visit to the state, the first full visit since becoming Prime Minister in March last year, Muhyiddin said that there was an extraordinary feeling this time around, as it felt like returning to his hometown.

“It is very special. I was touched when the Chief Minister (Datuk Patinggi Abang Johari Tun Openg) said that GPS (Gabungan Parti Sarawak) will continue to support me as Prime Minister, ” he said.

The meet-the-people session was one of the programmes he attended in his hectic working visit to Sarawak, which started on Thursday. — Bernama 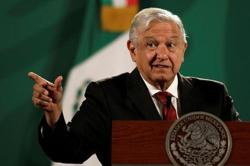