The Inspector-General of Police said its counter-terrorism division would be on high alert for any intelligence involving terrorist groups or cells in the country.

“The recent attacks in Indonesia were serious.

“The Malaysian police will step up vigilance and monitor any development on the terrorism front.

“Terrorism threats can never be underplayed, ” he said yesterday.

Abdul Hamid said Bukit Aman was prepared to lend any assistance to its Indonesian counterparts to curb the threat of terrorism.

“These threats must be dealt with decisively, ” he added.

On Wednesday, a woman entered the Indonesian national police headquarters in Jakarta and pointed a gun at several officers before she was shot dead by police, the latest in a series of suspected militant attacks in the country.

Several days earlier, the Indonesian authorities had imposed a counter-terrorism crackdown and were on heightened alert for possible attacks against the police and places of worship after a suicide bombing at a Catholic cathedral during Palm Sunday mass in Makassar wounded at least 20 people.

In that attack, a recently married couple with suspected militant links detonated pressure cooker bombs outside the Sacred Heart of Jesus Cathedral in the city in South Sulawesi island.

The attackers detonated their bombs when they were confronted by guards outside the church.

They are believed to have been members of Jemaah Ansharut Daulah, which has pledged allegiance to the Islamic State group and has carried out a spate of suicide bombings in Indonesia. 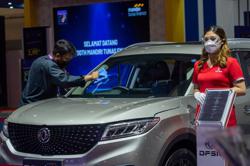 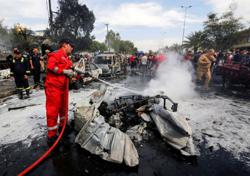