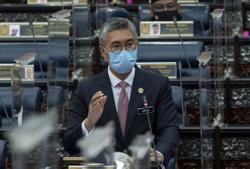 BUKIT MERTAJAM: PKR president Datuk Seri Anwar Ibrahim said says it is still too early to decide which parliamentary constituency he will contest in the next general election but hinted that he is considering 15 seats, including Pagoh, which is Prime Minister Tan Sri Muhyiddin Yassin's constituency.

Anwar said this when asked whether he was looking to return to Permatang Pauh, the seat that he first won in 1982.

"I have 15 parliamentary constituencies asking me to contest there in the next general election, including Pagoh," he said after a programme with PKR supporters here Saturday (March 20).

Earlier during his speech, a supporter asked him to return to Permatang Pauh and contest the constituency in GE15.

The Opposition leader had never failed to win the seat from 1982 until 1999 before he was jailed for sodomy.

The former deputy prime minister's return to politics after his disqualification expired was a victorious run in the Permatang Pauh by-election in 2008.

He won the seat again in GE13 but was disqualified in 2015 after he was found guilty in a second sodomy case.

In GE14, his eldest daughter Nurul Izzah Anwar contested the seat and won.

In October 2018, Anwar returned as MP for Port Dickson after receiving a full royal pardon and was released from prison in May 2018.

The meeting is to discuss reports of intimidation related to Opposition lawmakers.

Sekijang MP Natrah Ismail had lodged a report over allegations of being offered a bribe to switch sides.

In a statement, the anti-graft body said the lawmaker went to the Segamat MACC branch office to lodge the report pertaining to allegations of a bribe offer of RM10mil by two individuals who wanted her to switch sides.

However on Thursday (March 18), Azam said that prosecutors had decided to close the case after investigations found that the said amount of RM10mil was not offered to her. 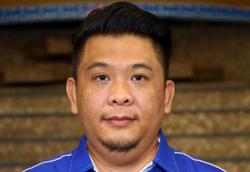