EC should ensure those aged 18 and above can vote as enshrined in Constitution, says Shafie

KOTA KINABALU: The Election Commission (EC) should ensure that those aged 18 and above are able to vote as it is enshrined in the Federal Constitution, says Datuk Seri Mohd Shafie Apdal.

The Parti Warisan Sabah president said the EC must engage all stakeholders, including Opposition parties, to ensure a successful implementation of the Undi 18 policy and that young voters names' are included in electoral rolls.

"Any delay in this process will affect the mood of young people to be involved in the restoration of the democratic system in our country.

"I am confident in the maturity and judgment of young people to make their decisions at the ballot box. It is not a question about giving them freedom – it is a question of their rights," Shafie said in a Facebook post on Sunday (March 14).

He said that on July 25,2019, the previous Pakatan Harapan government had approved those aged 18 and above to vote, and it was their legal right to contest and vote in an election.

Shafie claimed that the current Perikatan Nasional government was delaying the implementation of the new age limit even though amendments to the Federal Constitution were gazetted in September 2019.

He said with the implementation of automatic voter registration, it would stimulate the younger generation to contribute in making big decisions such as the formation of a government and electing the country's leadership.

He said that the Perikatan government must take immediate steps to encourage the other 4.2 million unregistered voters aged 21 and above to register.

Recently, Dewan Negara president Datuk Seri Dr Rais Yatim said that it was not practical to lower the voting age from 21 to 18 for now as it would be tedious for election authorities. 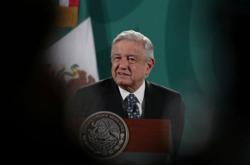