"There is no such thing. We are one with DAP," he said amid talk that some members were planning to form a local-based party to work with the Gabungan Rakyat Sabah-led state government.

The Kota Kinabalu MP said that the state DAP was intact and remains committed to the Warisan Plus coalition to face the general election.

The so-called talk about some of its leaders intending to break away and form a Sabah-based party was a fabrication of certain political agents, he added.

Chan, who was allegedly named as one of them who met with GRS leaders, said there were some "active agents" advocating the idea for them to leave DAP and form a local-based party.

"I think this matter was orchestrated to distract or confuse the people from current political issues," he said, adding that claims that he was in such meeting was a "lie."

Sabah DAP, he said, was fully committed to upholding unity and mutual cooperation among the opposition Warisan Plus coalition.

Chan said that they were in fact trying to strengthen the unofficial coalition into a more structured coalition.

He said that all parties in the coalition have agreed to remain united and face the coming election together.

“Opposition parties in the state should put focus on alliance building.

"It is important to build a broader political coalition nationwide and not to limit ourselves to Pakatan Harapan alone, ” said Chan when referring to talk among Pakatan members in the peninsula to limit Pakatan to a coalition of three parties only.

Sabah DAP contested on the Warisan logo in the Sept 26 state election and won six of eight seats it contested. 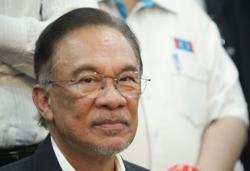