KUALA LUMPUR: As urbanisation grows from 71% in 2010 to 76% now, issues such as income disparity has emerged, widening the gap between the urban rich and urban poor households in Malaysia.

Youth and Sports Minister Datuk Seri Reezal Merican Naina Merican said even though the median monthly income across the B40, M40 and T20 income groups had each increased, the T20 group recorded at least three times higher (income) than the B40 group throughout the period.

“The current pandemic has only aggravated the effects of this further; people are now dealing with a total loss of income, ” Reezal said in his keynote address at the Youth Economic Forum 2021, which took on the topic “Navigating The Future: Towards Future Proofing Our Youth”.

Reezal Merican said the government had introduced several initiatives, including the National Apprenticeship Scheme (SPN) to tackle unemployment, as well as reskilling and upskilling programmes such as MyDigital to increase digital literacy and create high-income jobs.

He also recommended that everyone starts embracing forward-thinking by analysing data, which he described as an important tool that could facilitate the transformation of challenges into opportunities.

“At the Youth and Sports Ministry, understanding data on youth was vital for me to have a clearer picture of the situation faced by our youths, and having this data will enable us to make the right policies that will benefit them, ” said Reezal Merican.

He said the ministry was working with the Statistics Department, Finance Ministry and other ministries to streamline all data relating to youth to assist the ministry to come up with a New Youth Development Model.

He said the new model that would address skills and abilities in technology proficiency, usage of data, analytical thinking and innovation had been designed to complement the existing Malaysian Youth Policy. — Bernama 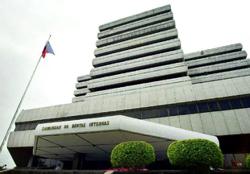