The day the towers fell 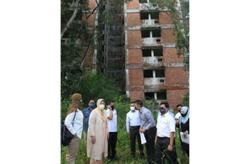 TO this day, even the survivors are still reeling from the horror of Dec 11,1993.

It was the nation’s worst housing tragedy, one that shocked Malaysia to its core.

At about 1.30pm on that fateful Saturday. Rtesidents in Block 1 of Highland Towers in Ulu Klang, Selangor, were going about their weekend.

What happened next was nothing short of catastrophic and sheer devastation.

The tower, one of three 12-storey blocks occupied since 1979, collapsed like a deck of cards as a result of a landslide, killing 48 people and resulting in the evacuation of residents in Block 2 and 3.

It was reported that the earth gave way after 10 days of rainfall that caused the landslide.

The landslide was triggered by heavy monsoon rain and aggravated by land clearing, improper drainage of water and a poorly constructed retaining wall.

In August 1997, the Coroner’s Court was told that Highland Towers would not have collapsed if concrete piling had been used instead of rail pile as the building's foundation.

Seven years later in August 2004, it was reported that AmFinance agreed to pay RM52mil to 139 residents and owners of Highland Towers in exchange for the plaintiffs to “release and assign to AmFinance all rights of action in the suits against Highland Properties Sdn Bhd and the developer of Highland Towers”.

Unfortunately, it was not the end of such landslies.

Over the years, there had been a series of landslides and land-related tragedies within the vicinity.

As the years went by, people began to trespass into the area and it became a hideaway for robbers and drug addicts. Until today, the two abandoned buildings stand at the site, serving as a grim and sombre reminder of the tragedy.

Housing and Local Government Minister Zuraida Kamaruddin was reported as saying that her ministry planned to give new life to the Highland Towers area by beautifying it and ensuring the well-being of residents in the surrounding areas. 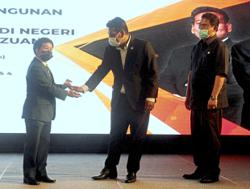