PETALING JAYA: Umno will not postpone its party polls that is due to be held in November this year, says Umno veteran Datuk Seri Nazri Abdul Aziz.

Nazri pointed out that if the 15th General Election were to be triggered, then it would likely be held within 60 days after the Emergency proclamation, which is slated to end on Aug 1.

"This means October, which is a month before November. So there is no need to postpone," he told The Star.

Earlier Thursday (March 4), a report by news portal Malaysia Now, in quoting sources, claimed that Umno's top leadership would propose a deferment of its party polls due this June.

"The party election must go on, regardless," he added.

Based on Umno's party constitution, the supreme council can postpone party polls for up to 18 months from the original date, and a party election must be held every three years.

Umno President Datuk Seri Ahmad Zahid Hamidi have previously said that the party election will be held this year. 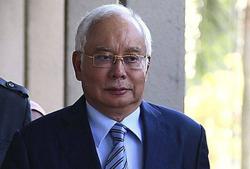