Street filled with identity and folklore

Heave-ho: A boy posing in front of one of the murals along Kuantan Art Street. — Bernama

KUANTAN: A dark and gloomy back alley in Jalan Besar here has become the talk of the town after it came alive with colourful murals and bright street lights.

The positive transformation is the work of 13 Pahang-born individuals, aged 26 to 52, who have been working hard since December to complete the Kuantan Art Street project.

A member of the group, Mohd Amer Farouk, said the murals were part of Kuantan’s preparations to

be upgraded to a city, but luck was not on their side due to continuous rain early this year.

Therefore, they were unable to complete the project before the proclamation ceremony on Feb 21.

“We started the project by repainting the (two-storey and three

-storey) buildings white so that the paintings would look more prominent, but the rain hampered our work for almost a month.

“We also needed to use a crane to paint the three-storey buildings, which was difficult in such weather.

“Although the project has yet to be completed, visitors have started to visit the street and we are delighted to see them taking photographs.

“We hope they will be more excited to see our final product, which is expected to be ready in a month, ” he said.

Amer, 31, said one of the murals that touched his heart was that of a buffalo pulling a cart containing sea products, inspired by the fishing community in Pantai Beserah.

Buffaloes were used to transport fish to the market in the 70s.

Another painting that has gained attention is a batik-inspired one with bright colours, indicating the popular tie-dye method used in Cherating.

The group also painted a man in a turquoise, black and white striped shirt making burgers – a nod to “Lan Burger”, who is believed to have opened the first burger stall in Kuantan in 1977 – as well as cobblers working along the pathways of shops.

For Ahmad Fadzril Abdul Ruzsnan, 27, the most challenging task was painting a green dragon on a three-storey building, which took three days to complete.

The painting was inspired by folklore relating to the Seri Gumum dragon which is said to inhabit Chini Lake in Pekan, about 84 km from here.

“The bonus of drawing the dragon was that the building has a spiral staircase at the side, which enabled us to use it as the body of the dragon.

“However, we had to be careful with the position of the staircase so that the movement of the dragon would not look awkward, apart from the details of the dragon scales.

“We also did a painting of elephants. No description of Pahang would be complete without elephants as they are part of the state’s identity, ” said Ahmad Fadzril, who graduated with a Bachelor of Fine Arts from Universiti Teknologi Mara.

Azril Azahar, 31, said he was glad to hear the traders here saying that the place is cleaner and safer at night as the area gets lit up at 7pm daily.

“I hope these paintings will help traders affected by the Covid-19 pandemic earn a better income with the arrival of tourists.

“I also hope that these artworks will be appreciated and will not be vandalised, ” Azril added. — Bernama 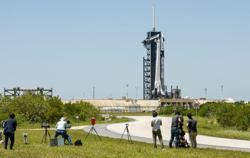