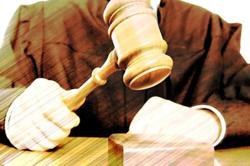 KUALA LUMPUR: A 30-year-old man who tried to appeal for a reduction in his jail sentence became the first criminal appeal to be heard online.

Nor Azuwan Hafifi Md Akhir, who wore a green prison uniform and a face mask, took part in the proceedings via Zoom from Kajang Prison with several prison officers seen around him.

He is currently serving a 12-year jail sentence for his role in a gang robbery involving a 58-year-old woman at a house in Bandar Puchong Jaya almost five years ago.

Nor Azuwan was convicted and sentenced to jail and five whippings on Sept 27,2018, by the Petaling Jaya Sessions Court.

He later appealed at the Shah Alam High Court but it was dismissed on July 31,2019.

On Monday (March 1), his lawyer Mohd Faizi Che Abu submitted before a three-man panel of the Court of Appeal that his client's role in robbery was passive, as the appellant acted as the lookout for two other men - still at large - who were involved in the robbery.

Faizi added that his client waited on a motorcycle and did not commit any violence.

"There must be a distinction between passive and aggressive action. Yes, an offender must be punished but his jail term was manifestly excessive and was inappropriate with the degree of criminality that was committed," he said.

Faizi asked the court to consider intervening in the "miscarriage of justice" and mete a seven or eight year jail sentence instead.

Deputy Public Prosecutor Tania Arissa Andi Sanrang however argued that despite not being the main culprit in the robbery, the accused's action of aiding the other two men had caused severe fear for the elderly victim.

"The incident also involved three machetes. The appellant was the lookout, if he was not there, the robbery wouldn't be able to take place," she added.

The panel, chaired by Justice Abdul Karim Abdul Jalil, dismissed the appeal on grounds that it had no merit.

In the ruling, the judge said under Section 391 of the Penal Code, each member of a gang robbery holds the same amount of liability.

"From the testimonies, it was clear that the appellant's role was to be the lookout. In this case, the maximum jail sentence under Section 395 of the Penal Code is 20 years.

"We find both the Sessions Court and the High Court did not make an error to warrant our intervention. The 12-year jail sentence is not excessive nor is it lacking.

"We dismiss this appeal and uphold the sentence," Justice Abdul Karim said.

The other judges on the panel were Court of Appeal judges Justices Che Mohd Ruzima Ghazali and Vazeer Alam Mydin Meera.

It said the directive had been issued by Chief Justice

Tengku Maimun Tuan Mat to ensure the continuity of the administration of justice during the Covid-19 pandemic, including for prisoners.

The statement also said that priority is given to prison inmates whose sentences are nearing completion, child offenders and juveniles, cases of public interest and other considerations which the court deems fit.

The online criminal appeal proceeding is only applicable for convicts serving time in prison, it added. 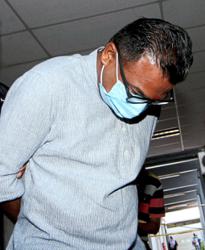