Farmers selling pineapples at RM1 each to cut losses 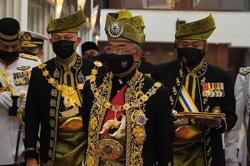 PINEAPPLE farmers in Johor had to sell their produce at RM1 each to cut their losses due to overproduction as demand for the fruit dropped during this movement control order period, Sinar Harian reported.

Ismail Basiran, 57, said he suffered a big financial loss after 5,000 Morris and Josephine pineapples, which are usually used in cooking, especially for weddings, turned bad after a late harvest since last week.

He added that to avoid further loss, he needed to ensure that 20,000 mature pineapples from his 6ha land were sold.

“Due to MCO 2.0, the marketing chain of the pineapples has been badly affected as the big ceremonies which use pineapples cannot be carried out, ” the farmer at Kampung Parit Haji Ali Darat in Parit Raja, Batu Pahat, said.

Marketing his produce via Facebook has paid off as he received an overwhelming response from the public.

Another farmer in Kampung Parit Betak, Pontian, Mohd Mazlan Khairul, 56, has adopted a similar approach in marketing his pineapples at only RM1 each.

“Instead of selling them at RM1.50 a piece as before, I offered the fruit for only RM1 on Facebook in the past few days, ” he said. 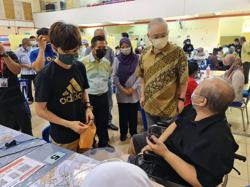