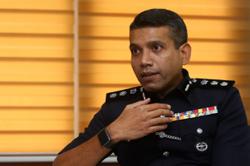 PETALING JAYA: Petty excuses including wanting to buy salmon at a regular shop instead of the ones near their homes are still being used by the public when stopped at movement control roadblocks set up by the police.

Petaling Jaya police chief Asst Comm Nik Ezanee Mohd Faisal said some insisted that they must buy food at their regular shops located far from their homes while others said they were visiting relatives and friends.

“We encountered those who would even lie about why they are on the road.

“Don’t do this. If you are planning to travel far, be honest and apologise. We will be considerate and instruct you to turn back.

“Compounds will be issued for those who attempt to deceive the police, ” he said during the Warn and Sweep operation at a roadblock in Kota Damansara yesterday.

ACP Nik Ezanee said excuses such as wanting to buy salmon at a regular shop when there were shops nearby must stop as he described such actions as irresponsible.

“Even on a Sunday, there are still many cars on the road.

“The level of compliance can still improve.

“We managed to bring the cases down during the first MCO last year and we can do it again if we all work together.

“Help the frontliners by being at home if you don’t have any urgent matters to settle, ” he said.

ACP Nik Ezanee added that 394 people had been compounded while 35 others were detained for violating the Covid-19 standard operating procedure in the district since the start of the MCO.

He also said nine static roadblocks had been mounted in Petaling Jaya while snap roadblocks would be conducted from time to time. 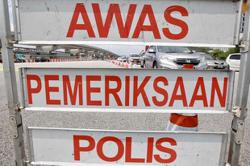