"Their Highnesses are both upset and sad that there are individuals and certain parties that inflict cruelty upon these animals intentionally as opposed to knowing how to best protect them, especially during the movement control order," said a statement issued by Istana Alam Shah here Saturday (Jan 23).

The statement added Sultan Sharafuddin's decree emphasised the importance for everyone to show compassion towards stray animals.

The Ruler also stressed it was a collective responsibility to give them food even if they were in their natural habitat.

Both the Sultan and Tengku Permaisuri are also currently raising several former stray cats they had rescued, neutered and brought home as pets.

"This includes Snowy, a stray cat that had come to the Sultan's residence looking for food some four years ago which was adopted by His Highness. Snowy is currently Sultan Sharafuddin's favourite pet and His Highnesses' loyal companion.

"Apart from Snowy, Tengku Permaisuri Norashikin - who is the royal patron of the Stray Free Selangor (SFS) project by the Society For The Prevention of Cruelty Animals (SPCA Selangor) - has rescued more than 100 stray cats, of which 30 are being raised by Her Highness and the rest have been put up for adoption," added the Istana in its statement.

It said that according to Tengku Permaisuri Norashikin with proper care, adopted stray animals can become very good pets.

The Istana also said that Sultan Sharafuddin ordered all local councils to be more pro-active and wise in handling the stray issue in a holistic manner, as opposed to painting an ugly picture about them which results in the animals being caught and killed.

"His Highness wants local councils to take Turkey as an example as the country's local government manages innocent stray animals without inflicting cruelty.

"Their Highnesses also greatly hope the people both from Selangor and throughout Malaysia continue to exercise compassion and love for stray animals and show concern towards their rights and welfare," said the statement.

The Ruler's decree follows a recent incident where the Shah Alam City Hall (MBSA) put up a banner threatening to fine those feeding stray animals.

This irked many animal lovers and rescuers who had intensified their feeding rounds during the MCO, given there will be less food scraps during this period for the animals to eat.

Local councils are also known to be among the worst abusers of street animals with regular dog-catching activities which results in the dogs being brutally caught and confined, with little food and water, before they are euthanised.

The councils have also commercialised dog catching by tendering out dog-catching contracts to private entities and pest control companies. 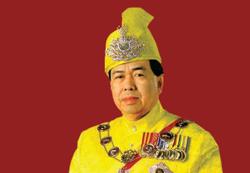