Tan said the annoucement made by Kedah Mentri Besar Muhammad Sanusi Md Nor was not respectful to the traditions and sensitivities of the people, especially those in the Hindu community.

"With the current situation of the Covid-19 pandemic still at critical levels and with the implementation of the MCO and strict standard operating procedures (SOPs), the cancellation of Thaipusam activities is understandable.

"In fact, any religious festival by any race or religion must be celebrated in the new norm and not with large scale events or mass gatherings," he said Friday (Jan 22).

"Does the cancellation announced by the Kedah government mean that Hindus cannot celebrate their auspicious day at home even though they comply with the SOPs," he asked.

Tan said the explanation by the Mentri Besar that the public holiday was cancelled because the festival's celebrations were called off was totally illogical and confusing.

He said that the designation of Thaipusam as a public holiday is a sign of respect for Hindus as well as highlighting the spirit of diversity and inclusiveness of Malaysians.

He added that Sanusi's actions had damaged the spirit of mutual respect and inclusiveness that have been forged over the years among the Malaysian people.

On Wednesday (Jan 20), the Kedah state government announced that there will be no public holiday for Thaipusam this year as all activities during the festival will be cancelled due to the MCO.

Sanusi said the festival will not be marked as "cuti peristiwa" (occasional holiday) since there is no celebration of the annual festival this year.

His action drew flak from non-governmental organisations for cancelling the holiday, which has been given since 2017 in Kedah. 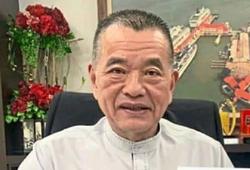