IPOH: The Anning Old Folks Home in Kampung Ampang Baru here has been placed under quarantine after 13 people tested positive for Covid-19.

The home’s chairman Marcus How Kok Peng said those who tested negative – both staff and wards – were advised to be quarantined at the premises until Jan 20.

“Seven senior citizens and six employees were sent to quarantine centres after their results were confirmed on Jan 14.

“The rest have been given wrist tags and told to remain at the home.

“It’s a bit of an inconvenience, especially for staff who have children, but it is something that needs to be done to reduce contact with anyone else.

“For those found to be positive, they will focus on getting better, ” he said, adding that the home had 36 senior residents and about 20 staff.

He said the Perak Welfare Department arranged for Covid-19 tests to be conducted at the home on Jan 10.

“We were quite surprised with the results because all of us tested negative in December and the months before.

“The state Health Department also arranged for the premises to be sanitised, ” he said, adding that those at Anning Children’s Home –– a separate building nearby – were tested as well.

He said the home had been very careful since the first movement control order was implemented last March.

“We closed our gates to the public then, declining all visitors, and have been working hard to protect the elderly and the children.

“We only go out when the need arises, such as obtaining supplies of medication or taking our residents for medical treatment, ” he added.

How also said that he hoped the people would continue to support the home with donations as their funds were getting low.

“We rely on public donations. Our monthly expenditure comes up to about RM40,000.

“Having closed off our gates to the public, people are unable to donate to us.

“Goods can still be dropped off at our gate while funds can be wired to our bank accounts, ” he said. 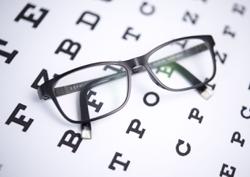