SHAH ALAM: A police lance corporal and constable were sentenced to 10 days’ jail and fined RM5,000 each by the Shah Alam Sessions Court after they pleaded guilty to an optional charge of accepting a bribe from a Thai national in December 2019.

She reprimanded both the accused of blindly following orders, saying that as police personnel, they should be able to think whether the instructions they received from their superiors were against the law or not.

“You should not blindly follow orders, you can follow good orders otherwise you do not have to follow them, you should report if someone asks for bribes, not join them (to accept bribes), ” she said in court yesterday.

According to the optional charge, L/Kpl Shaiful Rizal and Kons Muhammad Zuhair were charged with receiving RM3,000 in cash from one Nordin Chebueraheng without any consideration on Dec 24,2019, between 3.40am and 4am, in relation to their official duties as police personnel.

They were accused of committing the offence at the Kampung Baru Subang police station under Section 165 of the Penal Code which carries a maximum jail term of two years or a fine or both.

Muhammad Amirul said the accused were not involved in asking for bribes from Nordin but were instructed to take and keep the bribe money, and the fear of being reprimanded had forced them to commit the offence.

Deputy public prosecutor Fadhli Ab Wahab urged the court to impose an apt punishment as it involved public interest and should serve as an example to other public servants to steer away from corruption. — Bernama 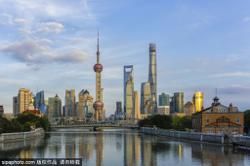