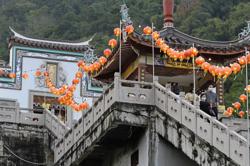 GEORGE TOWN: For first time in 113 years, the annual of celebration to pay homage to the Jade Emperor at Chew Jetty has been cancelled.

Families will hold their own prayers at home without any major gatherings, said the clan’s committee chairman Chew Choon Seng.

“We have about 300 residents from 76 families. With no grand celebration this year, visitors will not be welcomed during that time, ” he said yesterday.

Pengkalan Kota assemblyman Daniel Gooi said the annual event, which is a major tourism attraction, had to be called off to ensure the safety of everyone.

“In recent years, thousands of people had come for the event.

“However, due to the pandemic, it will be almost impossible to control the crowd to ensure physical distancing, ” he said.

The birthday of the Jade Emperor, who is the main deity in the Taoist pantheon, falls on the ninth day of Chinese New Year.

In folklore, the Jade Emperor is the divinity who rescued the ancestors of the Hokkiens from the clutches of an invading army.

Jetty residents in Penang would celebrate it by dedicating a feast to the King of Heaven.

Those who no longer lived at the jetty would also return and contribute to the food and festivities. 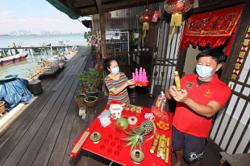 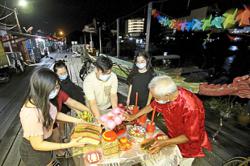