KUALA LUMPUR: Thousands of personnel and assets from agencies under the Home Ministry, including 8,653 police officers have been deployed for flood relief operations, says Datuk Seri Hamzah Zainudin.

A total of 1,662 Rela personnel have also been tasked to assist flood victims in Selangor, Perak, Johor, Pahang, Kelantan and Terengganu, he added.

"They have also been placed at temporary relief centres (PPS) in the affected states.

"A total of 59 vehicle assets from Rela have also been deployed," he said.

Hamzah said strategic assets such as the Malaysian Maritime Enforcement Agency (MMEA) AW139 aircraft are also on standby to be used in assisting and rescuing flood victims.

"Such operations will be conducted in coordination with the Disaster Management Agency (Nadma), especially in affected states such as Johor and Pahang.

"Besides that, the Immigration Department's assets such as buses and large capacity trucks will also be used for flood relief efforts nationwide," he added.

Meanwhile, on assisting flood victims who lost their identification documents such as MyKad and birth certificate, Hamzah said the National Registration Department's mobile units have been deployed.

"Flood victims don't have to go to NRD offices to get a replacement for the lost documents," he said.

Hamzah also reminded the public to adhere to instructions by the authorities to ensure the smoothness of flood relief operations. 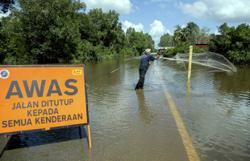 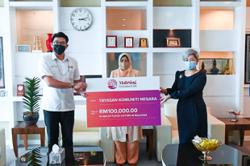