Prior to his stunt, he handed over a memorandum to the Fisheries Department at Wisma Tani regarding the theft of cockle spats in the area that has been going on for the past three weeks, which he alleged was being perpetrated by a group of foreigners.

When met by the media after handing over the memorandum to a special aide to Fisheries director-general Mohd Azhar Mohd Zin, Jamal expressed his hope that the Fisheries Department would increase monitoring at the beach area, including conducting combined patrols with the Marine Police and the Malaysian Maritime Enforcement Agency.

The Fisheries Department provided feedback in a statement regarding the memorandum, stating that it had conducted three operations against the illegal gathering of cockle spats from natural cockle beds in Selangor throughout December 2020 and early this year.

"The department also does not allow anyone to gather cockle spats from any natural cockle beds, including fishermen and breeders, using any technique if they are unlicensed, ” the department said.

The department welcomed the suggestions in the memorandum, stating that it would always conduct patrols and monitor both at sea and on land to curb the theft of cockle spats, in addition to conducting joint enforcement actions with other enforcement agencies.

The Fisheries Department also stated that it would support investigations into any reports of wrongdoing by its personnel regarding the theft of cockle spats if there was evidence handed to the police or the Malaysian Anti-Corruption Commission. -Bernama 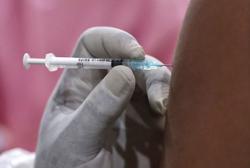