SEREMBAN: The family of a 15-year-old French-Irish teenager is disappointed with the verdict of the Coroner’s Court here which has ruled her death as a misadventure.

The family’s counsel, S. Sakthyvell, said he had yet to receive instructions whether his clients would be applying for a revision.

“I spoke to them over the phone after the Coroner delivered her judgment and they were disappointed.

“I have explained to them the options they have and they told me they will need time to decide on their next course of action, ” he said when contacted.

Nora Anne’s parents Meabh Jaseprine Quoirin and Sebastien Quoirin are in London and did not attended the inquest. However, they testified during the proceedings via video conferencing.

The Coroner said based on the evidence before the court, there was no third party involved in the girl’s death.

“It is more probable than not that she died by misadventure, that is, she had gone out of the Sora House (where the family stayed) on her own and subsequently got lost in the abandoned oil palm plantation.

“I am aware there are many theories and speculation surrounding her death and some are expecting my decision to be in their favour but my findings must be based on evidence, ” she said in her judgment.The Coroner said it was not right for her to speculate or presume the involvement of a third party without any proven facts.

“That would be a breach of my duty, ” she said.

Maimoonah in her judgment also ruled there was no evidence to support claims that Nora Anne died a natural death, had committed suicide or was a victim of homicide.

Apart from her parents, 46 other witnesses testified during the inquest which began on Aug 24 last year.

The last day of the inquest was Dec 10.

Nora Anne, who suffered from learning difficulties, disappeared from a resort in Pantai Hill near here on Aug 3,2019, a day after her family arrived for their holiday.

Police had ruled out foul play.

An autopsy on her remains revealed she had died from internal bleeding, probably caused by prolonged hunger and stress.

However, her family believed there was a criminal element to her disappearance as she was a special needs child and claimed she had never before left them voluntarily.

The inquest coordinating team was led by Ahmad Sazali Omar while Datuk Gurdial Singh held a watching brief for the resort owners. 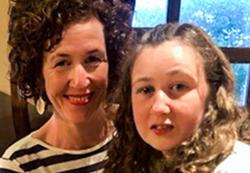