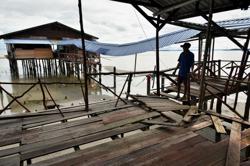 Heading to safety: Residents making their way to temporary shelters to ride out the high-tide phenomenon in Kampung Pengkalan Atap, Kuala Besut. — Bernama

KUALA TERENGGANU: Several districts in Terengganu have been affected by the high-tide phenomenon that hit most of the coastal areas in the state.

“For example, on the Seberang Takir beach, known as Miami Beach, in Kuala Nerus, the overflow of seawater is causing erosion, and for the safety of the public we have asked the police to close the road around the beach area.

“Seawater overflow also occurred at other beaches in Kuala Nerus and Teluk Lipat beach in Dungun, ” he said.

“Strong winds between 50 and 60kph, with waves of up to 2.5m to 2.7m, are expected to last until Wednesday, especially in the Kuala Terengganu area.”

He advised the public to avoid the coastal areas during this period and also during the northeast monsoon season to prevent any untoward incidents.

The pounding waves gave some villagers near Kuala Besut the jitters.

Abdul Razak Mohd Zaid, 31, from Kampung Pengkalan Atap, said it began at about 8.30pm on Thursday when big waves started pounding the back portion of the homes of eight villagers near the beach.

“The big waves caused seawater to flood our homes.

“It also flooded the road located about 50m from the houses, ” he said.

Abdul Razak said the incident happened so fast that the residents did not have enough time to move household items including electrical appliances to a higher place.

“I had to place sandbags behind the kitchen door to prevent the door being torn off by the waves, ” he said.

A fellow villager, Mohd Napi Sulong, 56, said the incident reminded him of the one that occurred in 2014.

“I know this high-tide phenomenon occurs every monsoon season but I did not expect it to be this bad, ” he said.

Following the incident, 36 people from nine families from the two villages were evacuated to the Kampung Pantai community hall in Kuala Besut on Thursday night. — Bernama 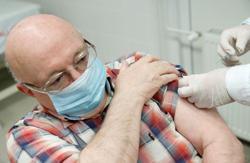