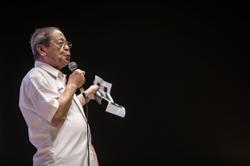 Its vice-president Baljit Singh said Kit Siang was quick to allege scandal of untold proportion over the Covid-19 vaccine procurement by the Perikatan Nasional government.

But Kit Siang chose to remain silent when his son Lim Guan Eng and daughter-in-law Betty Chew were charged with corruption in the court of law, he added.

“But Kit Siang turned down Khairy’s invitation to meet up to explain the procurement process as he could not publicly disclose it due to non-disclosure agreement with the vaccine manufacturer, ” he said.

“Kit Siang did not even call for a Royal Commission of Inquiry (RCI) into allegations of corruption involving his son who has tarnished the image of DAP.

“(But) he wasted no time issuing a statement based on a tweet by Belgian Secretary of State Eva De Bleeker who revealed that her country paid €12 (RM60) per dose for Pfizer’s Covid 19 vaccine, ” he said. 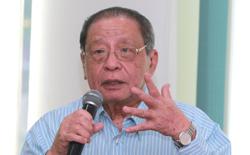