KOTA KINABALU: Only 21 out of 35 packages under Phase 1 of Sabah’s portion of the Pan Borneo Highway project can be completed by 2028, says Deputy Chief Minister Datuk Seri Bung Moktar Radin, who is also state Works Minister.

The remaining packages under the first phase are expected to be done only by 2040, he revealed during question time in the Sabah assembly sitting yesterday.

“In the first phase, 11 packages have started but the performance achievement is slower than we expected with 40% progress on these ongoing packages.

Bung Moktar said delays happened when preliminary matters arising were not settled first, before awards were given to contractors previously.

“But moving forward, we will change this – we will not award to contractors until utility issues and compensation are done first, ” he said.

Bung Moktar reiterated the commitment by the Gabungan Rakyat Sabah government to carry out Phase 1 until Phase 3 of the RM40bil highway project.

He said they planned to reach this objective by carrying out the packages simultaneously, where they would suggest to the Federal Government to allow the state government to do the highway project through private financial initiative.

“If we do this, the state government has to make efforts to find investors locally to ensure this can be carried out.

“I am in the midst of talking with some. They will come in January to make a presentation to the state government, ” said Bung Moktar.

Such a body would give focus to the development of the palm oil industry, including strengthening downstream activities, he said in reply to Chong Ket Kiun’s (DAP-Elopura) question on why Sabah had yet to have a palm oil board responsible for the development and promotion of the industry.

“At present, oil palm plantations are the size of 1.3 million hectares, covering almost 90% of all agriculture land in Sabah.

“This puts Sabah as a major contributor to the industry, holding 29.7% of all oil palm plantations in Malaysia, ” said Joachim.

He noted that not many investors carry out value-added activities in Lahad Datu Palm Oil Industrial Cluster (POIC) due to limitations such as a lack of raw materials like empty fruit bunch, palm kernel shell and crude palm oil, as well as unsatisfactory infrastructure and insufficient local expertise.

“Technical and non-technical issues such as these needed to be identified and solved so we can attract investors to Lahad Datu POIC.

“Thus, the proposal of a Sabah Palm Oil Board is timely to ensure this industry can be monitored more efficiently, ” he said.

Joachim said the state government had just been formed and would need time to come up with studies on this proposal.

“A new agency will involve costs, framework on its policies and functions as well as lining up activities and programmes, ” he said.

At present, the Malaysian Palm Oil Board is the sole body for planning and developing the industry in Sabah and Malaysia in general. 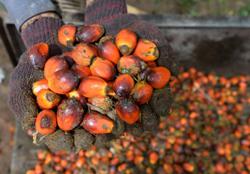