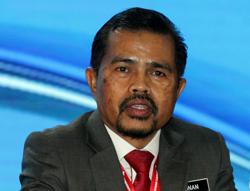 PUTRAJAYA: Be rest assured that superiors who take action against subordinates for acting as whistleblowers for raising the alarm on corrupt acts will be dealt with, anti-graft busters tell civil servants.

“Civil servants need not be afraid to report wrongdoing happening in their department or agency.

Azam said the Whistleblower Protection Act assures complainants, including civil servants, that they can channel complaints of corrupt activities without fear of their identity being known or have action taken against them by superiors.

“There are laws under the Act to protect whistleblowers.

“If they are sacked for being a whistleblower, we will have them reinstated and action will be taken against their superiors for removing them from their position, ” he said.

Azam pointed to a case in September where the MACC made a landmark case when it charged a deputy director of an agency with inciting his superior to fire a whistleblower for alerting the anti-graft body on his misconduct.

That was the first time that the MACC had taken an individual to court for such an offence since the Act was enforced in 2010.

Azam said it is important for civil servants to report wrongdoings not just to stop corruption but also leakages.

“Plugging leakages is as important as fighting graft. As government officers, we are duty-bound to ensure public funds are spent efficiently, ” he said.

Azam said MACC will also look for weaknesses and loopholes in the systems and procedures in cases that are brought to their attention.

“Not all cases end up with prosecution. If in the course of investigation we find weaknesses, we will advice the department concerned to rectify it.

“This is an equally important process as our proposals can help reduce leakages in public funds, ” he said.

Azam explained that providing advice to correct weaknesses in systems and procedures is part of the commission’s role as stated under Section 7 of the MACC Act.

Public Service Department’s director-general Tan Sri Mohd Khairul Adib Abd Rahman had reminded civil servants that they were duty-bound to report corruption and could face disciplinary action for failing to do so.

His reminder came after the MACC revealed that only about 0.01% of the 1.6 million civil servants in Malaysia are brave enough to report on corrupt practices in their respective departments and agencies.

However, Cuepacs president Adnan Mat said there is still fear among low-ranking officers to report instances of corruption, especially if it involves a superior.

On suggestions that Section 17A of the MACC Act be extended to cover government departments and agencies, Azam explained this might not be suitable as the law is meant to ensure that corporations are free of corrupt practices.

“We already have sufficient provisions under existing Penal Code and MACC Act to deal with errant government officers, ” he said.

Adnan had made the suggestion saying that the move would place collective responsibility on the government department with accountability going down the chain of command of the entire department.