KOTA KINABALU: Members of a gang allegedly beat up three teenagers when they refused to join them.

The 14-year-olds were having a meal at a restaurant in Lintas near here around 9pm on Saturday (Nov 28) when they were approached by a group of about 10 people, who are believed to be members of Geng 66.

Kota Kinabalu deputy OCPD Supt George Abd Rakman said the gang members had approached the teens and asked if they belonged to any gangs.

One of the gang members got angry at how the teens responded and started throwing chairs at the teens while the rest followed suit by beating up the boys.

The restaurant owner and some passers-by managed to break up the fight.

The gang members dispersed and left after the incident and the teens were later taken to Queen Elizabeth Hospital for treatment before a police report was lodged.

“They sustained bruises among other injuries on their faces and arms, ” said Supt George.

A video of the incident was circulated in various social media platforms including Facebook.

“We have identified some of the suspects and are hunting the rest of them, ” Supt George said.

Those with information on this case are urged to contact the investigating officer at 016-412 2835. 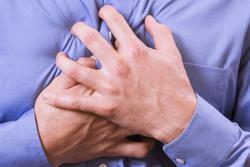