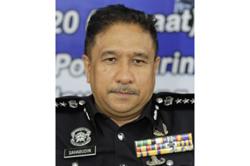 He said the 39-year-old Senoi Praaq member had improved compared on Friday (Nov 27).

“When I visited him yesterday, he did not talk much, as he just underwent major surgery. On Saturday (Nov 28), he was very responsive and can communicate with us and is smiling. He also talked about his family and his job," said Comm Sahabudin.

Norihan was critically injured during a shootout with a group of smugglers at the Malaysia-Thailand border in Perlis on Tuesday (Nov 24).

“He is in a positive condition and is able to recall what had happened, ” he said in a press conference after visiting Sjn Norihan at Penang Hospital on Saturday (Nov 28).

Comm Sahabudin said the doctors will monitor his condition before performing another operation on him.

“He still needs more surgery to remove the third bullet lodged near his spine, ” he added.

“We are thankful for his sacrifice in protecting our country and we hope that he can recover soon. Sjn Norihan was surprised and overwhelmed when he received the letter from the King," said SAC Yahaya when met at the hospital on Saturday.

“We hope that he can continue to serve the nation when he recovers, ” he added.

Sjn Norihan and Sjn Baharuddin Ramli, 59, were carrying out intelligence work in the early hours of Tuesday, when two groups of at least 13 smugglers set upon them and opened fire.

Sjn Baharuddin was killed, while Sjn Norihan was badly injured. 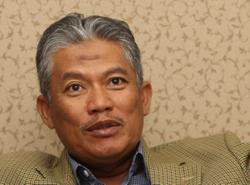