MB: Gerik by-election could get cancelled 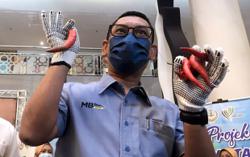 IPOH: Mentri Besar Datuk Seri Ahmad Faizal Azumu has not ruled out the possibility of the Gerik parliamentary constituency being declared in a state of emergency.

Perikatan Nasional chairman Parti and Pribumi Bersatu Malaysia deputy president, said such a declaration by the Yang di-Pertuan Agong would cancel the need for a by-election and help counter the Covid-19 pandemic.

“Our main concern right now is the fight against Covid-19. I personally believe that politics is not a priority.

“But since we are practising a democratic system, it is wise to let the Election Commission to announce the by-election first, ” he told a press conference at the State Secretariat Building yesterday.

On Wednesday, the Batu Sapi election was called off after Yang di-Pertuan Agong Al-Sultan Abdullah Ri’ayatuddin Al-Mustafa Billah Shah agreed to declare a state of emergency in the constituency on the advice of the Prime Minister.

Meanwhile, two locations in Perak have been proposed as Covid-19 low-risk centres by the state government.

Faizal said the suggestion was given to the National Security Council (NSC) to reduce the congestion in hospitals. 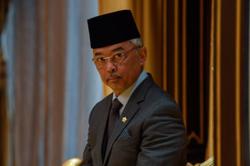